Confronting Distrust Part 1: Six Steps to Take Before You Talk 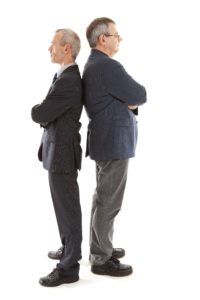 of us who have worked in an organization of any kind have been in the situation of having to work with someone we don’t trust. At best this situation can create a lot of stress. At worst it can decrease productivity, escalate costs, increase employee sick days and turnover, an more.

A client named Robert recently told me that he had lost trust in another senior director in his group. According to my client, this individual (I’ll call him Mike) had repeatedly said one thing then did something different. In some of these instances my client said what Mike had done had caused major problems. At this point Robert didn’t trust anything Mike said. But, as my client put it, “I still have to work with this guy. Since I can’t fire him, and I don’t want to find a new job, I’ve gotten really good at avoiding him.”

Talking with someone you about trust is rarely easy. People have told me in all seriousness they would rather quit and try to find a new job than have to confront a distrusted co-worker.

But after years of working with people around issues of trust and distrust my experience is that talking about it usually does make a positive difference if you go about it the right way. Before saying anything to the other person, start by having a conversation with yourself.

Here are six things to do before you start talking to the other person.


In a future post I’ll talk about how to start a conversation of this kind in a way that sets you up to succeed.