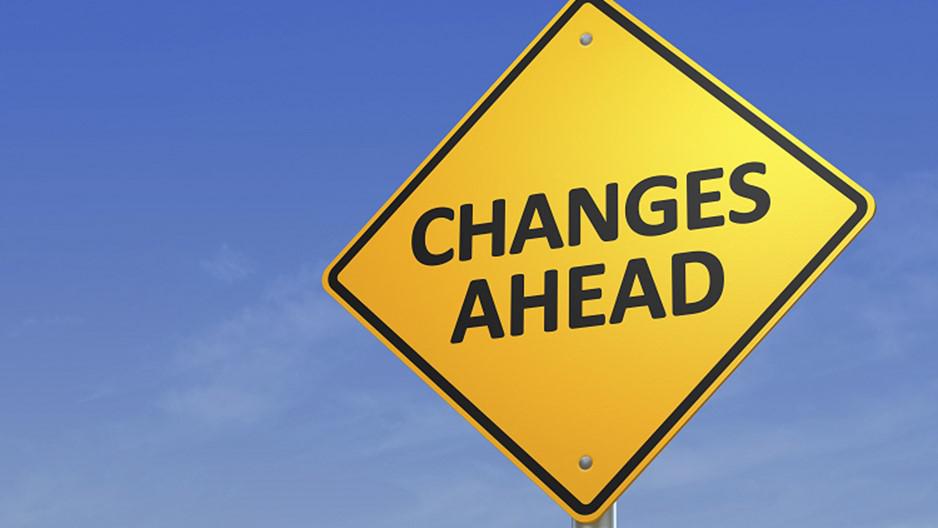 We make many transitions in our lives. We graduate, get a job, change jobs, get married, have kids, get promoted. Etc. Some we assess are good, easy, smooth, while others can be difficult, even painful. Yet each transition offers a great opportunity to learn and grow in our lives and our work.

When I was in my late 30’s my wife of 15 years and I separated, making me a part-time single dad. At the same time I moved to a different city to take a new job with a new company. Each of those transitions was huge in its own right, but all three together were nearly overwhelming. I started going to a therapist during this time and one of the most valuable pieces of work she had me do was to answer what she called the three transition questions. They provided me a jumping off place for invaluable life learning during that time of transition and well into my next decade.

To this day I use the three questions whenever I face a transition. I also offer them to my coaching clients, who inevitably find them useful as they go through important professional and personal changes. You can ask these three questions at any point before, during, or even after you’ve made a transition. If you really dig into them they will help you get the most from and make the most out of the experience.

1. What do I need to leave behind?

This question asks you to be intentional about letting go of certain ways of thinking, feeling and acting that will limit your ability to be fully successful in your new role or situation. These may include particular skills, attitudes, perspectives, even habitual moods, emotions or body postures that have served you well in the past but will only get in your way if you continue to rely on them.

2. What do I need to bring with me in this transition?

Invariably we have ways of thinking, abilities, skill sets, and values that will be of good use to us in whatever new role or situation we are moving into, and we want to not only bring them along but perhaps nurture them further. The important work here is to determine as best we can the difference between what we want to bring with that will truly be of value and what won’t and can be left behind. Sometimes we have to spend time in the new territory before we can clearly discern which is which.

Like the “bring with” question, to fully answer this question may require some experience in the new role or situation. But considering it at the beginning of a transition can still prove very useful.

Here are two examples of what using the questions can lead to for people in some stage of transition.

Lori had recently been promoted from manager of a small team of product managers to the director of the entire product marketing group in her business unit. In her new position she had seven direct reports and a total of 57 people working under her.

What do I need to leave behind? One thing Lori’s new boss was very clear about when he offered her the job was that as director she would need to lead development of marketing strategy for the business unit. When Lori thought about the first question she could see that in her previous jobs she had been focused almost exclusively on working with her team to implement strategies developed by others. She had been very good at it and had been repeatedly recognized and rewarded for it. But now she had to refocus from the micro to the macro, which meant not only would she need to learn more about strategic planning, she would have to get out of her team’s way and let them do the implementation part. If she didn’t let go of that skill set, which she was quite proud of, she would quickly fail in her role as director.

What do I need to bring with me? Lori recognized she needed to keep was her understanding of how a strategy is successfully implemented. It would help ensure that the strategic thinking she did resulted in plans her team would be able to effectively put into operation. In the process of answering the first two questions Lori could see it would be important to keep a clear distinction between developing implementable strategy and actually doing the implementing.

What do I need to add? Lori was clear she needed to learn how to do good strategic planning – that was obvious. As she thought about it more deeply he came up with other skills and competencies she would need to add to be really successful in her new role. Since she now had team managers reporting to her she needed to add an ability to coach and support their development as managers. She also needed to learn to be more at ease working with the company’s senior leaders. This last recognition took her back around to something else she realized she needed to leave behind: a habitual fear of and deeply ingrained desire to please people in authority.

After working through the three questions she was better prepared to move through this milestone transition in her career more smoothly and successfully.

Ron had been a VP of sales and marketing at his firm for ten months but was struggling to find his footing. Both his direct reports and members of the executive team were complaining about his “abrasive style” that didn’t fit with the company’s culture. At first Ron assumed the complainers would settle down. After all, he had been hired to shake things up and that always generated some amount rancor. But the CEO had recently told him bluntly he needed to make some changes in his communication style, at which point Ron realized he needed to do something different. He hired an executive coach to help him and as they began the coach walked him through the transition questions.

What do I need to leave behind? At first Ron couldn’t answer to this question so he took it as an assignment to do over a week’s time. In his next meeting with his coach Ron mentioned hearing on an Internet podcast that sarcasm can really put people off. He acknowledged he had a “sarcastic wit”. He said it was something he was known and celebrated for at his previous company. But he began to wonder about if it might be grating on people in this new company’s culture. He started by asking a couple colleagues at the previous company for their thoughts. They both told him they usually enjoyed his sarcasm because they knew his heart was in the right place, but it had sometimes ruffled feathers and caused hurt feelings, something Ron hadn’t realized. But it was his wife and two teenage kids who really spelled it out for him: they deeply disliked how cutting and disrespectful it felt when he turned it on them. This led to a very valuable family discussion. The bottom line was Ron realized he needed to leave the sarcasm behind at home as well as work.

What do I need to bring with me? Ron knew he would need to keep the strong drive to succeed that had served him well throughout his career so far. As he thought about it, though, he also recognized he would need to learn new ways to motivate other people who weren’t as hard driving as he was.

What do I need to add? As Ron struggled to hold back on the sarcasm he realized he needed to learn other ways to relate and get his points across to people. As a leader he needed to set goals and ensure everyone was aligned with them, motivate people, and hold them accountable. As he thought about this question Ron decided he wanted to add the capacity to do these things in a way that was positive and supported the best in people, rather than mocking their faults with sarcasm and hoping they’d do better next time. This is how Ron summed it up: “I want to add more generosity, respect and care toward the people I work with, and my family.”

Ron knew adding generosity, respect and care, and letting go of his habitual sarcasm, was not going to be a quick and easy process. Along the way he began a daily meditation practice, did some work with a therapist, made more time to spend with his family, and joined a running club. But if he hadn’t taken the time to really dig deep and identify what he wanted to set aside and what he wanted to add he never would have begun what turned out to be a very worthwhile journey.

Are you in transition in your life? If so, how would you answer these three questions? I would love to hear what they bring up for you. If you feel like sharing please email me at charles@insightcoaching.com.